Building a stick pyramid is a fun and creative nature craft for kids to try this spring or summer. Gather twigs, paint and glue them on a cardboard frame.

My mom worked as a doctor in an North African country many years ago. I was just a kid. It didn’t cross my mind back then how difficult it must have been on my dad to raise his daughter on his own for three years.  I also didn’t realize all the changes my mom had to face and how she had to adapt to a new country with a new mentality and climate, totally different from Romania, how she had to learn a new language she had never spoken before. There were nights when she cried herself to sleep because she didn’t know if she could handle everything and because she was missing her family. All I cared about were the cool stuff, like she adopted a dog, played tennis everyday (there wasn’t much else to do in the campus where the medical staff lived) and went once to Egypt where she visited the pyramids. 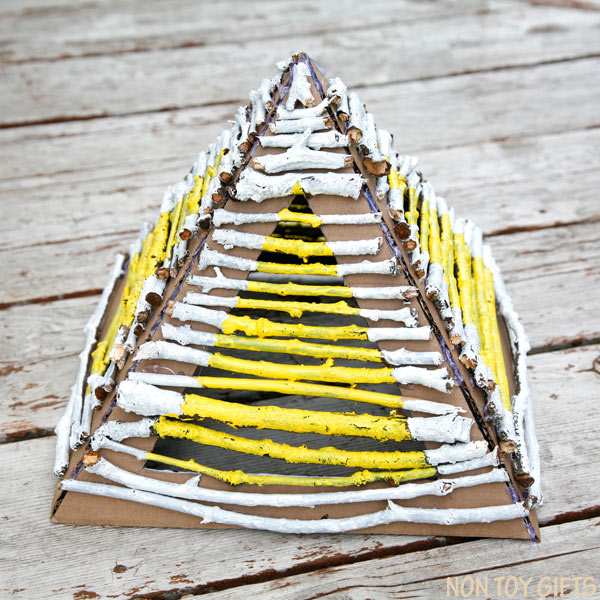 I have always held a fascination for the pyramids and the Pharaonic era. When Jacquie at Edventures with kids announced her Olympics series and gave the participants the liberty to post practically anything about the Olympic countries, I knew it had be to pyramid building for me. 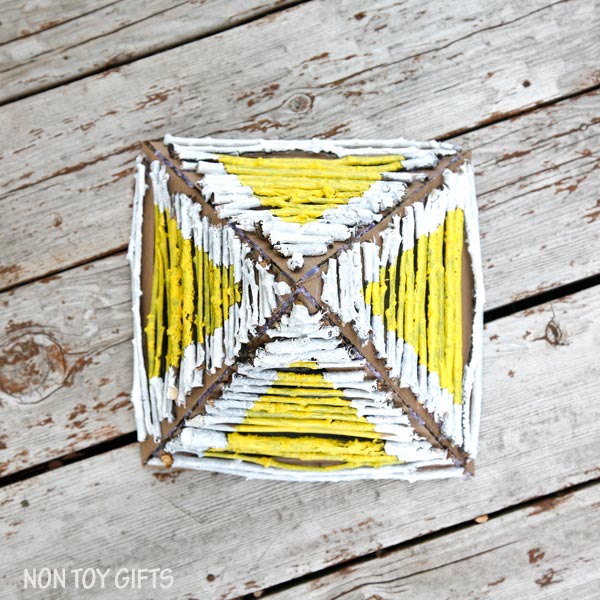 I had to scratch my head and figure out what material to use for the pyramid. Cardboard is my go-to material (see the cardboard toys I made for my boys) but I wanted to take another path this time. As it is summer and we spend a lot of time outside playing and discovering nature, I thought of using some nature elements: twigs and sticks. 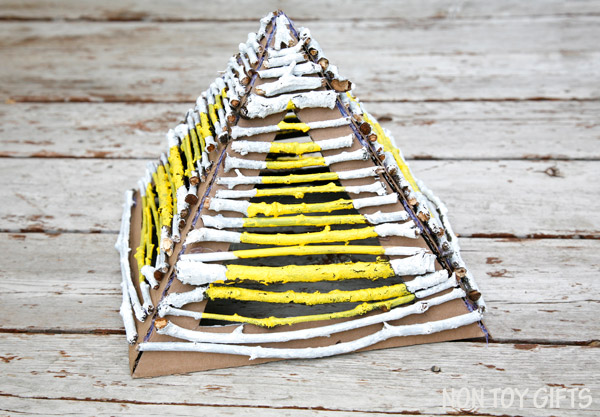 Step 1:  Create four triangle frames from cardboard. Make them as big or as little as you want but don’t forget that the bigger they are the more twigs and sticks you need. 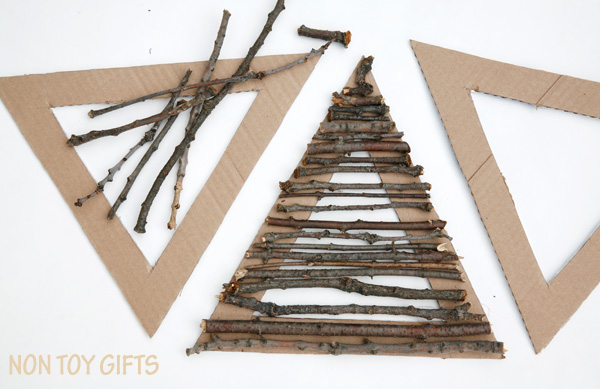 Step 2: Gather sticks and twigs. Break them to the necessary length.

Step 3: Color the bottom two and the top sticks white and create a white border on the rest of them. Color the middle yellow. 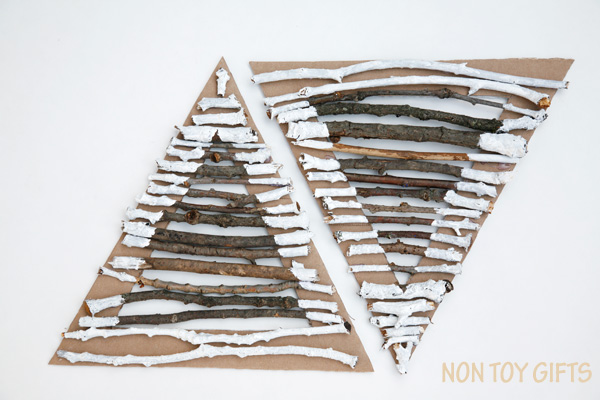 Step 4: Glue the sticks to the cardboard frames and all four frames together.

Here is an idea on how to use the twig pyramid. Place a flameless candle underneath and use it as a lantern. It looks amazing at night.

For more Olympic-related crafts, activities, sensory play and fun ways to learn, click on the image below

Structural engineering 101! Fun but the children have to be careful and think. Very nice idea.