My boys are into pirates so we’re having a pirate themed Halloween this year, everything from costumes to painted pumpkins. A pirate pumpkin isn’t difficult to paint: an eye and an eye patch, a nose and a mouth, add a pirate hat, if you like, and you’re done. If you’re been following my blog, you know that I love painting so I had to take it up a notch. I mean, really how can a pirate look his best without a red beard and a parrot on his shoulder? 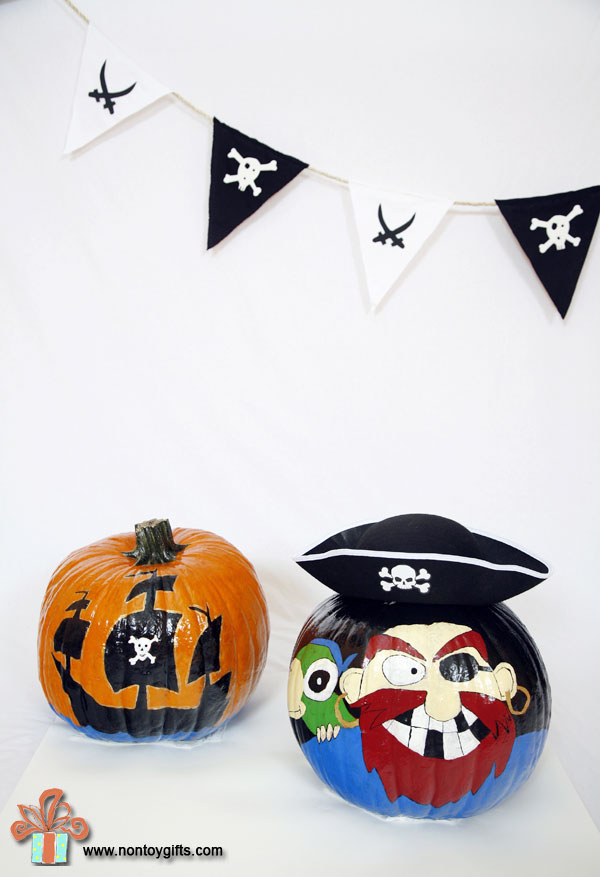 Painting pumpkins is pretty simple, once you decide on the character, but there is a trick to it. 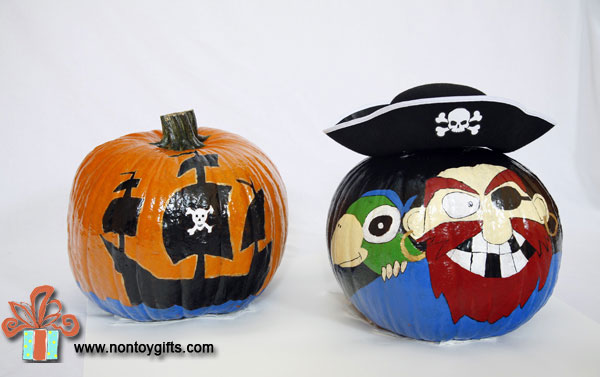 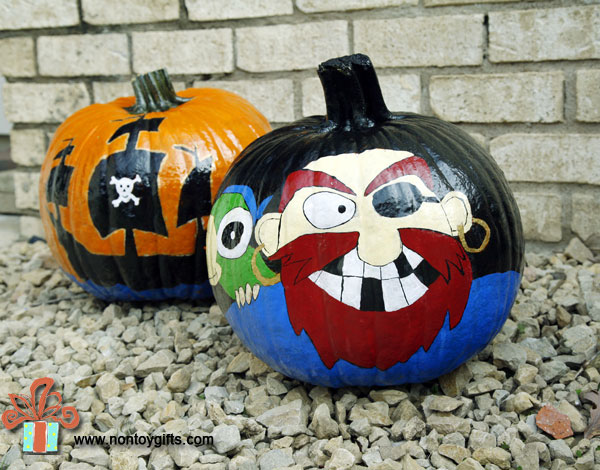 Before starting to paint your pumpkin make sure it is at room temperature, in case you’re doing the painting inside. I love to paint my pumpkins outside, while my kids nap but this year I did one of my two pumpkins in the morning after dropping my kids off to preschool. It’s been sitting outside through the night and it was cold. This made my job a bit more difficult but not impossible. Because of the temperature change, the pumpkin started perspiring and I had to wipe the condensation off several times to be able to paint it. On top of that, it took way longer for the paint to dry completely.

Step 1. Look up images of pirates and outline your favorite on your pumpkin using a crayon. Crayons do better than pencils on pumpkins.

Step 2. Paint your pirate using a thin size brush and let it dry. You may have to apply two coats of paint.

Step 3. Paint the background using a thick size brush or you can leave it orange. Either way it will look gorgeous. My husband likes to see some of the pumpkin’s original color so I made the second pirate ship pumpkin especially for him and didn’t paint the background. Had it been for me it would have been white.

Step 4. Once the paint is dried, add a layer of lacquer. It will not only give a shiny finish to your pumpkins but will also protect it in case you want to keep them outside and safe from all the rain. You want to do this last step outside and away from your kids, as lacquer smells really bad. I did mine in the garage, at night, after kids went to bed, with the garage door open.

Previous Post: « Painted Pumpkins and Other Fun Fall Activities for Kids
Next Post: Around the World with Kids »