My youngest first stepped into a plane when he turned three. It was right on his birthday. He was super excited, especially as we let him sit by the window.

But 20 minutes into the flight he started saying that he wanted to go back home. The takeoff kept him on the edge of his seat but now this energetic little guy was finding the smooth flight too boring.

On the flight  home nobody had anything to complain about because the plane was equipped with screens and the kids were too busy watching movies to care about the rest.

Until we set foot again in a plane,  I made a cardboard airport so my boys can fly their plane toys. It’s a fairly easy project. The control tower takes a bit longer to put together but you can skip it and make only the runaway.

MAKE YOUR OWN CARDBOARD AIRPORT 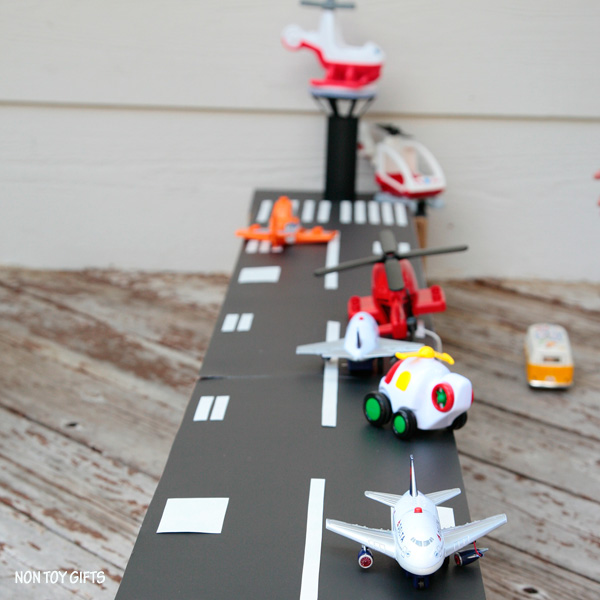 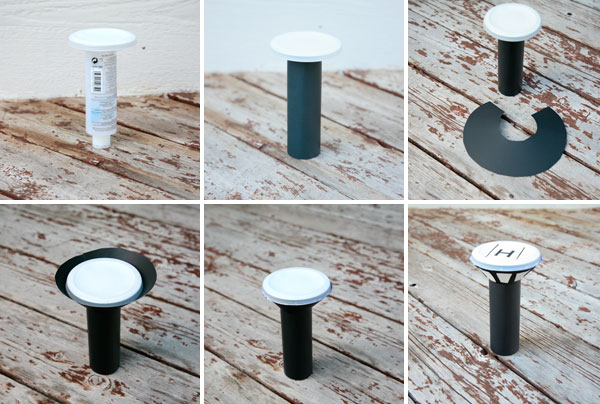 Step 1: I started by making the control tower with the help of a plastic container and a lid on top.

I covered the container in black card stock.

With the help of a small plate I cut out a circle out of card stock and turned it into a C shape. I glued it on top of the control tower and cut the excess card stock to get it at the same level as the lid.

I made little windows from white card stock and wrote H on top of the lid. 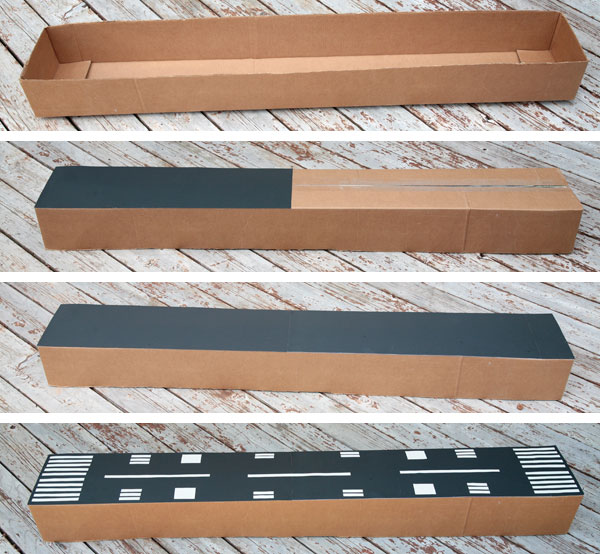 Step 2: I used  a long box for the airport runaway but a large pizza box will also work. I cut off the top and glued black card stock on the back of the box.

I marked the lines with stripes of white card stock. 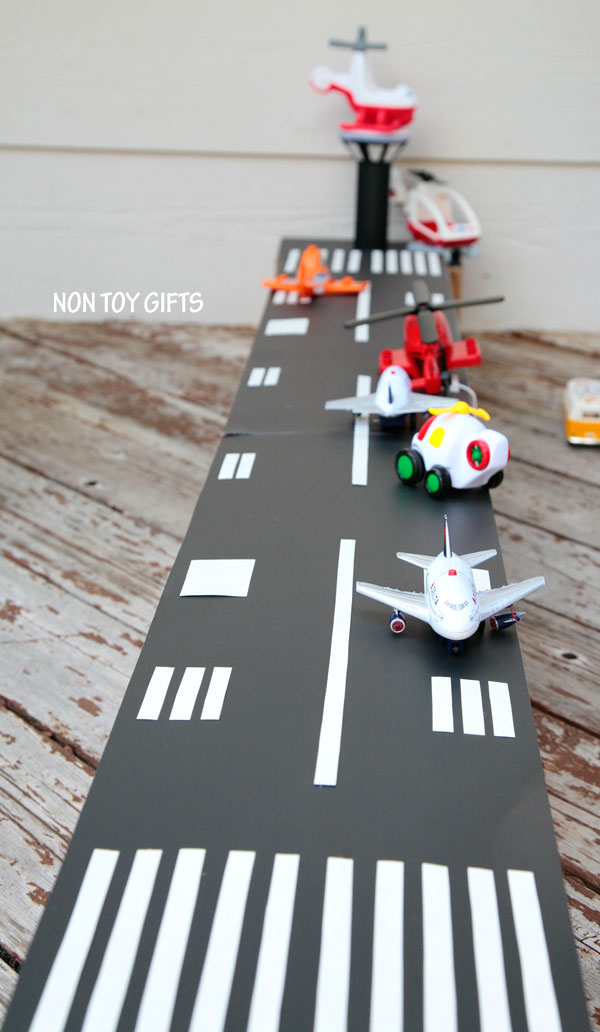 I wanted to glue the control tower at one end of the runaway but it simply skipped my mind when I started working on the runaway.

I ended up using another small box for the control tower and just placed this box next to the runaway. 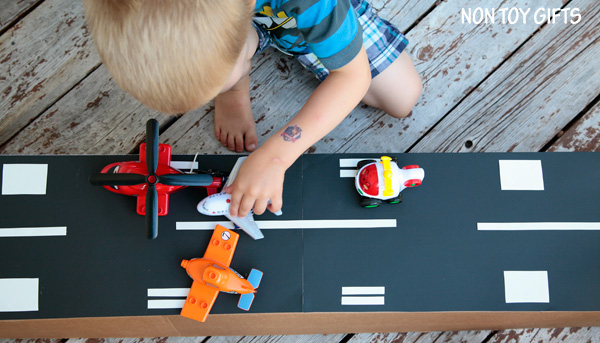 The boys started playing with their planes right away. They had no idea that their cool new toy was about to become even more fun.

My husband helped me add Christmas lights along the runaway. He drilled holes through the box and black card stock. Once we turned the lights on we had to move the cardboard airport to the basement because the kids wanted to play in the dark.

25 DIY Christmas Gifts For Kids To Play With This Year

[…] Non Toy DIY created this airplane runway out of cardboard for her kids to play with. If you have some toy planes this might be a great gift. See how they made it. […]