I may not be a big fan of carving pumpkins (I prefer instead to paint or decorate them) but I love a good pumpkin craft. So, I’m sharing today 43 Jack’O’Lantern crafts for kids to make this Halloween. 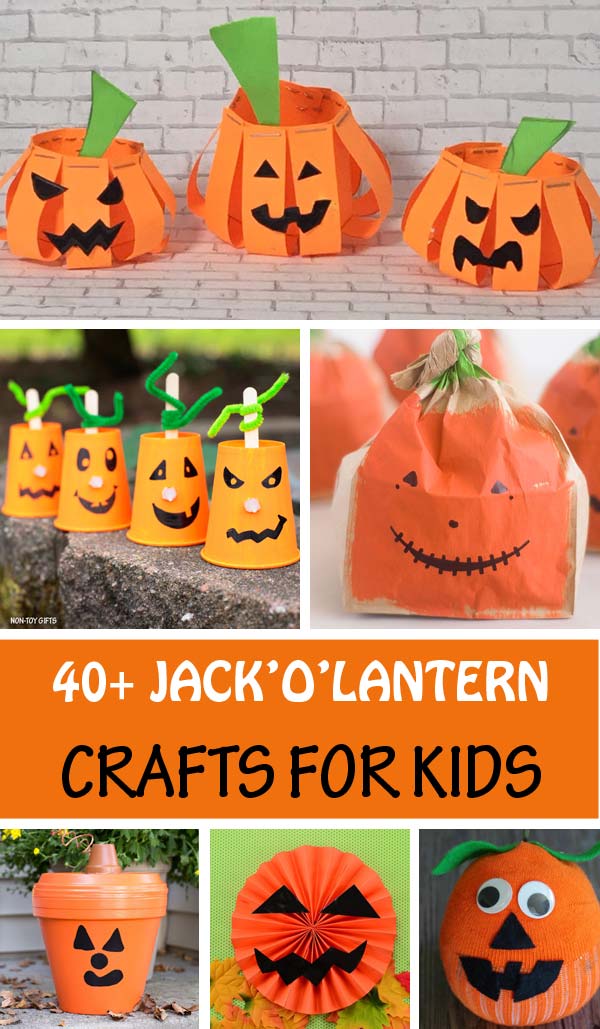 They are all incredibly creative and using a wide range of supplies. While the most favorite material is paper, you will also find ideas for rocks, terracotta pots, paper rolls, paper plates and more.

Most of them are easy crafts for kids as young as toddlers or preschoolers, but there are also some Jack’O’Lantern pumpkins that adults can make for their kids. Of course kids can give a helping hand and that’s the reason we included them in our list. 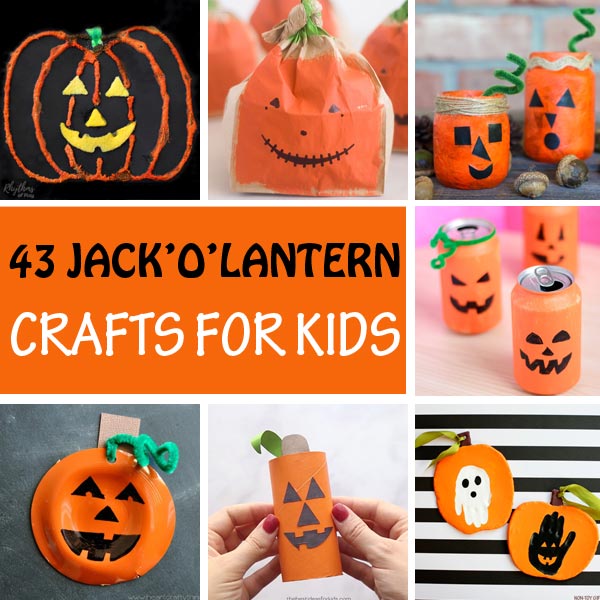 First take a look at the entire collection of Jack’O’Lantern crafts for kids, pick your favorite idea(s), click on the link to go to the tutorial, gather all the supplies and let’s get crafting. 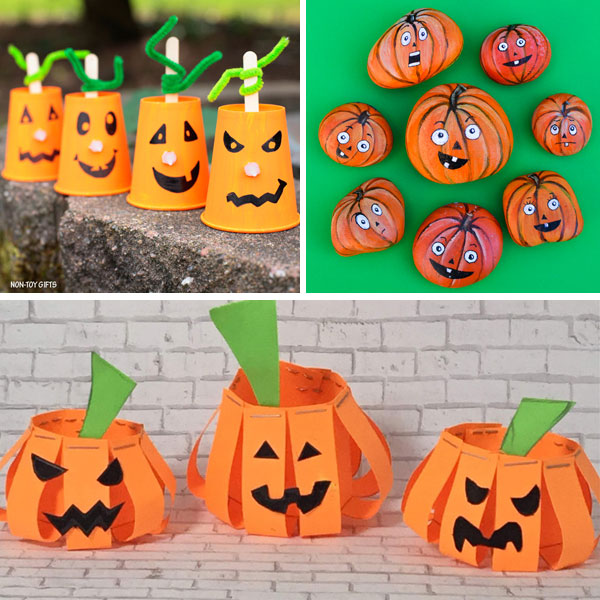 Paper cup Jack’O’Lantern – Give them flameless tea light candles for noses and they will make a great Halloween decoration. 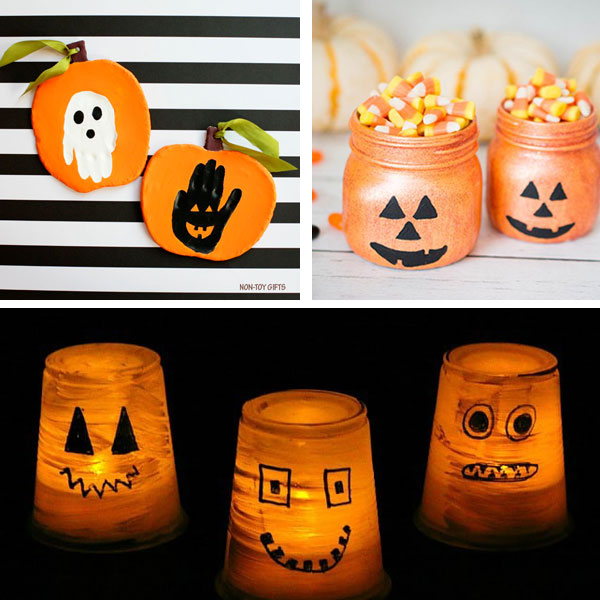 Glowing Jack’O’Lantern Craft – Got some plastic cups? Put them to good use! 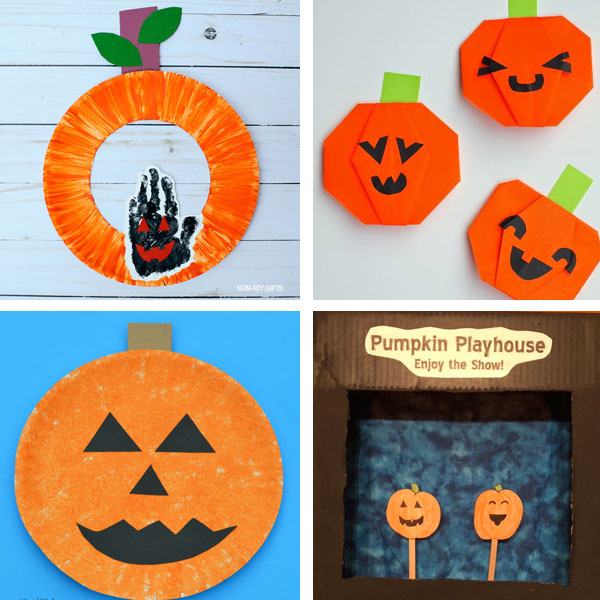 Origami Jack’O’Lantern pumpkins – Are your kids into origami? My oldest is just starting an origami phase

Paper plate Jack’O’Lantern – What can be more fun than sponge painting a paper plate ? 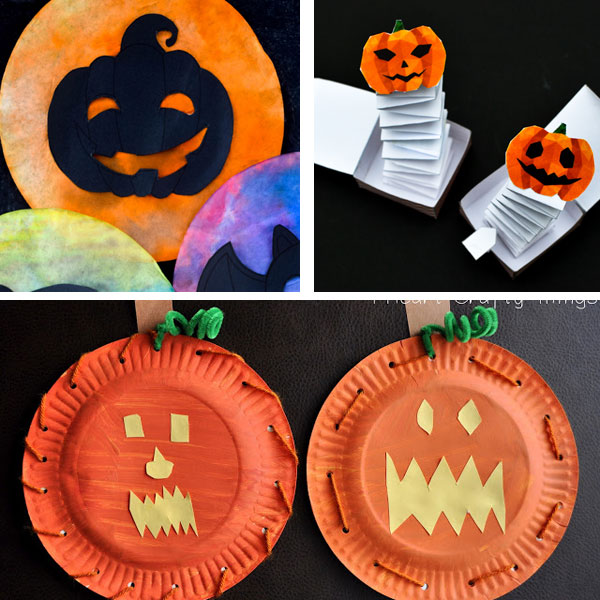 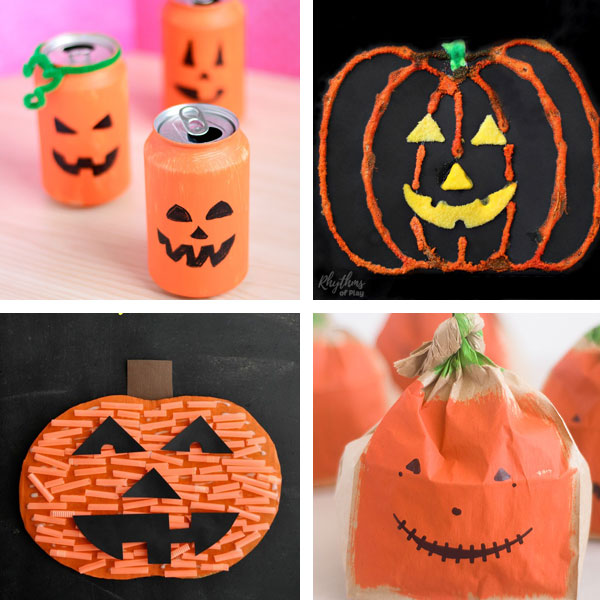 Tin can Jack’O’Lantern craft – I’m all for recycling craft ideas. 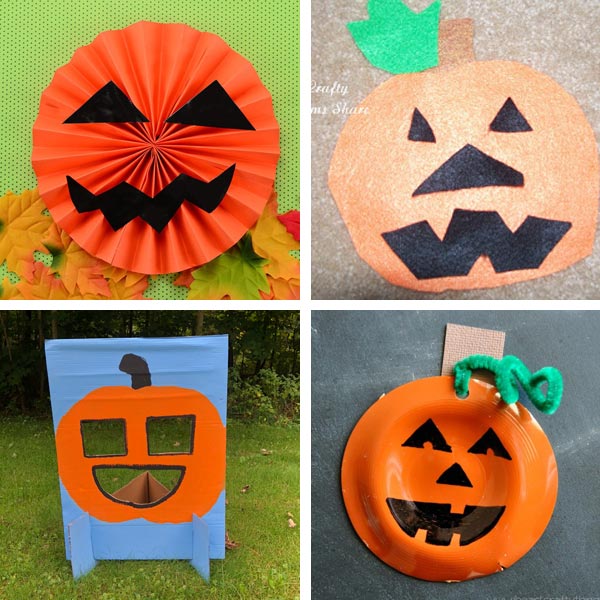 Paper Jack’O’Lantern – Make a few of these and turn them into a garland.

Jack’O’Lantern beanbag toss – Children can help with the painting 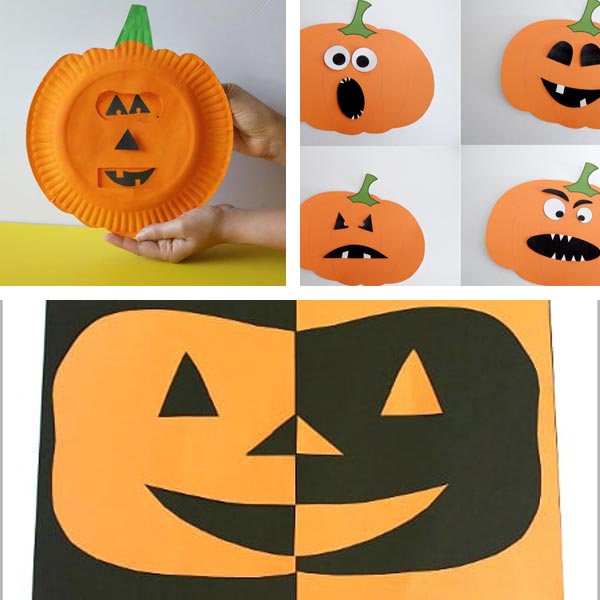 Paper Jack’O’Lantern – Print and decorate your pumpkin for Halloween 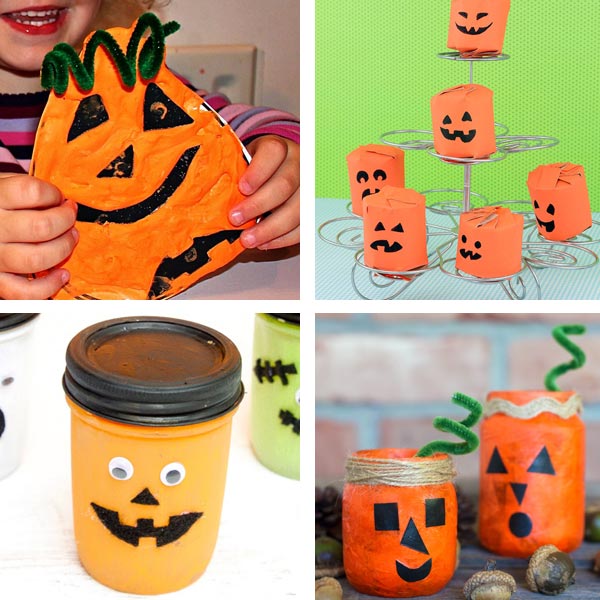 Puffy paint pumpkin – Do you need a toddler Halloween craft? This is a great one.

Halloween lanterns – Easy to make and beautiful as decoration 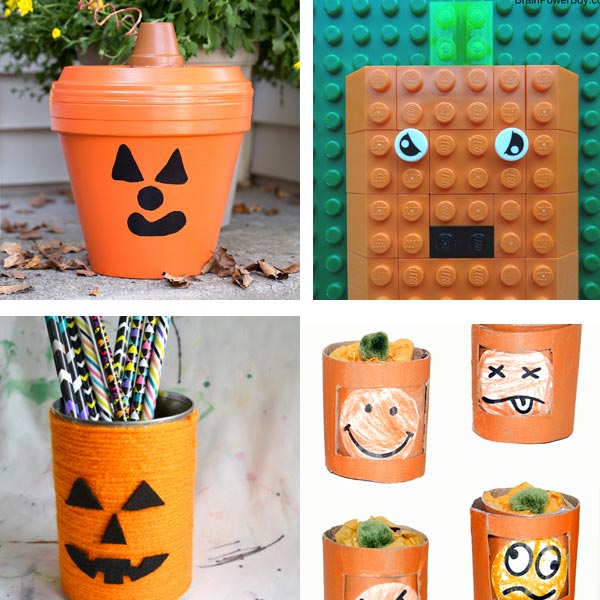 LEGO Jack’O’Lantern – Too cute not to try! 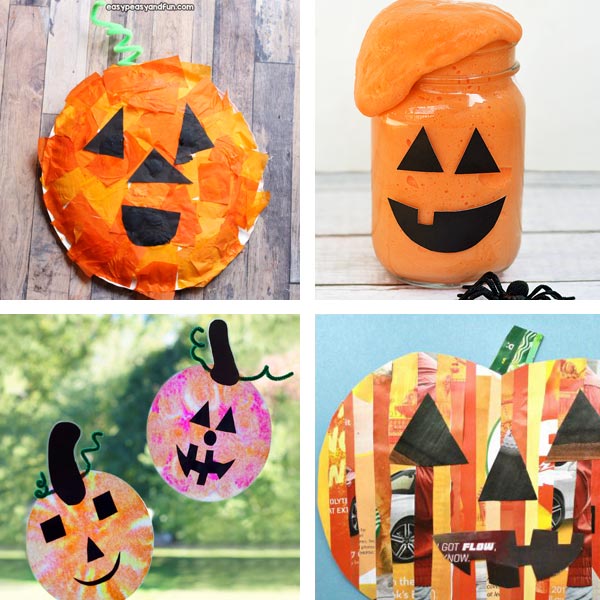 Fluffy pumpkin slime – My boys haven’t gone through a slime phase but I know many kids who love it.

Jack’O’Lantern suncatcher – Brighten up your windows with these suncatchers.

Jack’O’Lantern magazine collage – What a fun way to recycle those magazines in your recycling bin. 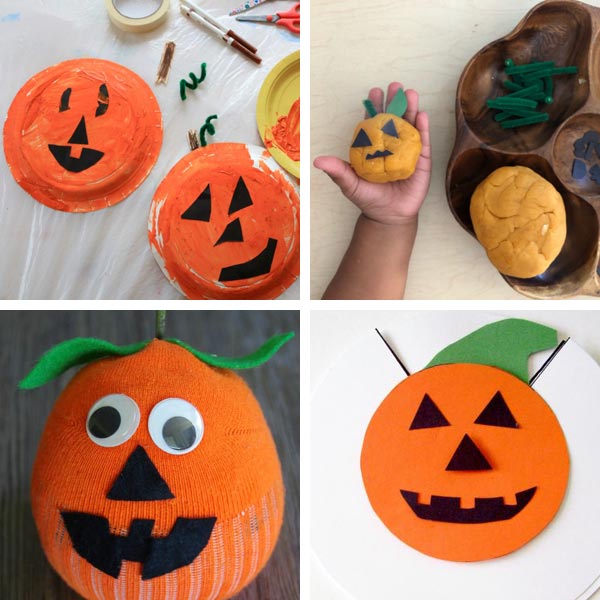 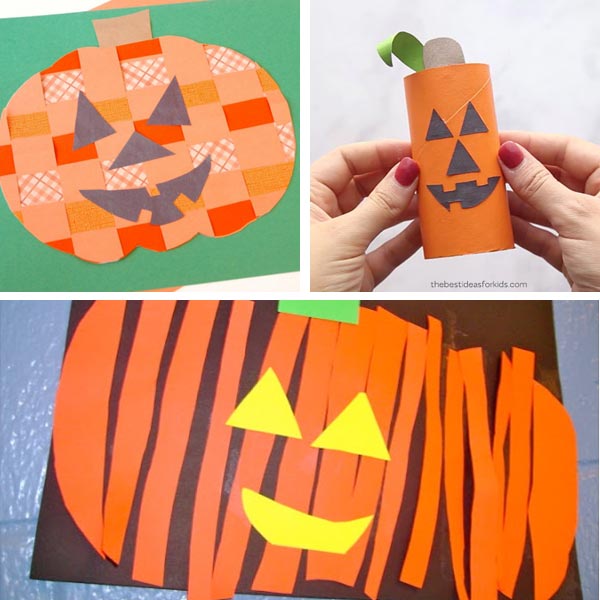 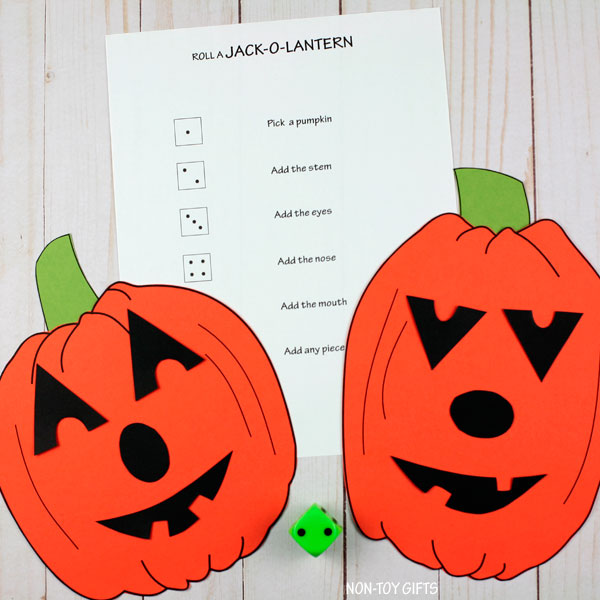 Roll a Jack-O-Lantern – A fun Halloween game and craft